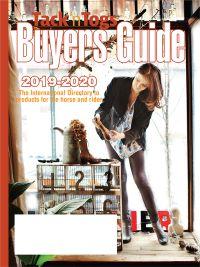 Royal visit to BETA International
Jan 24, 2020
Plans were announced for the show to move to NAEC Stoneleigh, in Warwickshire, next year.

Growing emphasis on convenience for today's consumers
Jan 17, 2020
Consumers say convenience while shopping is more important to them now compared with five years ago.

NRF welcome Senate passage of USMCA
Jan 17, 2020
The USMCA was approved by the House in December and now goes to President Trump for his signature.

Study shows seismic shift in pet product sales underway
Jan 15, 2020
According to a new study, 31% of pet owners are sourcing at least some of their pet products online.