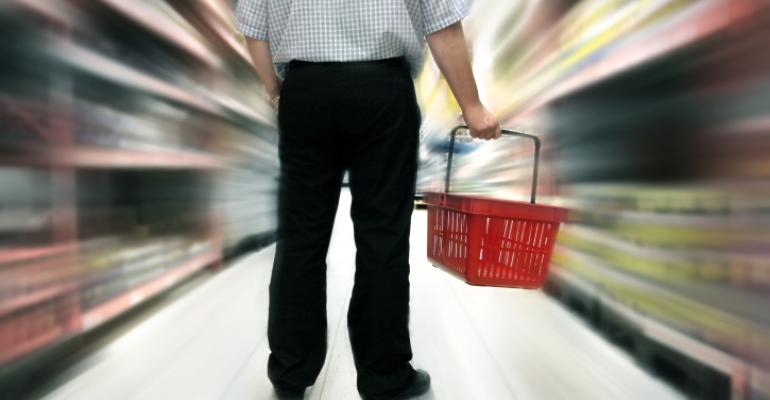 Those are the ingredients of a mind-bending cocktail of economic uncertainty now eroding business confidence and capital investment. Despite full employment, robust consumer spending, low interest rates and a strong housing market, forecasters are predicting a challenging operating environment for retailers in the year ahead.

“We look for the economy to grow below its potential in 2020,” says Sophia Koropeckyj, Managing Director of Industry Economics at Moody’s Analytics, a research firm based in West Chester, Pa. (economy.com). “Corporate profit margins have been compressing noticeably as growth in labor costs has outpaced revenue growth. Shrinking margins are often associated with late-cycle expansions and often cause businesses to be more cautious in hiring and investment.”

Moody’s expects the nation’s Gross National Product (GNP) to slow to 1.7% in 2020, down from a more normal 2.3% anticipated when 2019 numbers are finally tallied. The 2019 performance is a decline from the 2.9% growth clocked the previous year. (The GNP, the total of the goods and services produced by a nation, is the most commonly accepted measure of economic growth.)

Retailers can count their blessings: Consumers seem largely contented with the way things are working out and have been expressing their pleasure at the nation’s cash registers. Moody’s expects core retail sales to have increased by 4.0% when 2019 numbers are finally tallied, up from 3.4% of the previous year. (Core retail sales exclude the volatile auto and gasoline segments.)

There’s little doubt why consumers are happy: People who want jobs can get them. And that lines pockets with spending money. The unemployment rate was running at an enviable 3.7% toward the end of 2019, well below what many economists label as “full employment.” Employers have been consistent in their hunt for workers to fill a growing number of positions. “Monthly job growth has been more than enough to keep up with the growth in the working age population,” says Koropeckyj.

The good news is that economists expect the jobs picture to remain basically bright, although there will be some erosion due to growing business uncertainty. “Unemployment is expected to edge slightly higher to 3.9% by the end of 2020, due largely to a deceleration of job growth,” says Koropeckyj.  “We expect job growth to steadily decelerate and cease altogether in the second half of the year.”

Slowing job growth is a reason Moodys expects retail sales increases to moderate to 2.3% in 2020. “A deceleration of job growth means fewer new people will enter the ranks of active shoppers,” says Scott Hoyt, Senior Director of Consumer Economics for Moody’s Analytics. “And that will exert some downward pressure on retail sales growth that may more than offset the positive effect of the higher wages (and thus the greater disposable income) characteristic of a tightening labor market.”

A second factor leading to a moderation of retail sales is consumer concern about ongoing tariff battles. That’s a worry retailers know well: Disruptions in manufacturers’ complex supply chains, caused by the introduction of tariffs, increase the component costs of imported goods and thus their sticker prices on retail shelves. “The top of mind concern for retailers is the trade war, and how much more that will end up costing them in terms of goods coming from overseas,” says Hoyt.

Higher costs of imported goods can only contribute to an ongoing problem: The inability of retailers to raise prices without losing sales. “Pricing power has been poor for last four or five years,” says Hoyt. “It has deteriorated for retailers in 2019 compared to the previous year. Part of the cause is the strength of the dollar which to some degree offsets the effects of tariffs by putting downward pressure on import prices. Another reason is intense competition in the retail industry and the rapid growth of online shopping. As for 2020, the best retailers can hope for is a modest improvement.”

Vendors would like to solve the supply chain conundrum as much as retailers, but the task is easier said than done. “Some of our companies are trying to move their supply chains out of China, but that means abandoning long held relationships,” says Tom Palisin, Executive Director of The Manufacturers' Association, a York, Pa.,-based regional employers' group with more than 370 member companies (mascpa.org).  “Validating new suppliers is costly and time consuming. Smaller and mid-sized companies, in particular, do not have the resources to quickly find new sources of materials.”

Retailing depends on the economy, and the economy depends on housing. Moody’s expects 2020 to be the first year of a strong residential construction recovery led by single-family homes, with housing starts projected to grow 7.0%. This comes off a rocky 2019 in which starts were expected to drop by 0.7% when the year’s numbers are finally tallied.

Why the dismal 2019 experience? “There have been a number of obstacles to stronger residential construction,” says Koropeckyj. “The first is a shortage of specialized workers. The second is the prevalence of strict residential zoning regulations, especially in dense urban areas. The third is a shortage of residentially-zoned land within commuting distance of business areas in some metro areas in the Mountain West and Inland South.”

Older Millennials now reaching prime home-buying age are expected to drive the 2020 housing recovery by entering the market at a time when the housing inventory-to-sales ratio is at record lows. The fact that zoning is generally less restrictive for single-family as opposed to multifamily construction translates into a much stronger single-family construction forecast. Relatively low mortgage rates will also help, though these are expected to start rising in 2021.

The housing rebound will be tempered to some degree by declining affordability. The median price for existing single-family homes is expected to rise 4.1% in 2019 and 2.9% in 2020, compared with 4.7% growth in 2018, according to Moodys.  The deceleration of price growth in 2020 is due largely to the increase in housing starts bringing more units to the marketplace, as well as to price resistance from buyers. “Even though home prices will decelerate they will still increase and ownership will become even more out of reach for many households than it is today,” says Koropeckyj.

Banks, for their part, seem to be filling their critical role in a robust housing market. “Mortgage lending has been continuing unabated and largely concentrated among borrowers with high credit scores,” says Koropeckyj. “We expect this pattern to hold in the future.”

Interest rates are expected to continue to play their vital role in supporting mortgages. “In 2019 interest rates turned lower rather than higher, which was a surprise,” says Hoyt. “The reason was the unanticipated trade war which was clearly a negative and reduced economic prospects significantly relative to expectations.”

Retailers should be assisted in 2020 by a rebound in corporate profits, which Moody’s expects to grow by 4.9%. That’s a big improvement from the 1.9% figure expected when 2019 numbers are finally tallied. “Contributing to the rebound is a weaker U.S. dollar, which will improve the competitive positions of U.S. goods, so that profits from abroad will increase,” says Koropeckyj.

While the 2020 figure looks comparatively robust, it remains weaker than the average 5.2% growth in corporate profits registered 2009 and 2018.” And the lackluster performance, along with uncertainty about the future, is having an ill effect on capital investments.

“Manufacturers are nervous, despite their success in reaching their earnings estimates,” says Bill Conerly, Principal of his own consulting firm in Lake Oswego, Oregon (conerlyconsulting.com). “This is showing up in capital spending numbers, which were big in 2018 coming out of tax reform but which are not so big now.”

Even forays into automation are on hold for many businesses.  “Labor costs are going up and good workers are hard to find,” says Conerly. “Interest rates are low and companies are flush with cash. You would think that investment in labor saving technology would be going great guns, but it’s not. Why? Uncertainty. Businesses wonder if economic conditions in the next few years will justify more capacity or even more efficiency.”

The numbers from Moody’s support Conerly’s observations. “We expect real nonresidential fixed investment to grow by 3.2% annualized in 2019 and 2.8% in 2020,” says Koropeckyj. “That’s well below the 5.4% average over the last two years.”

If robust employment is making cash registers ring a merry tune, the same tight labor market is creating headaches for retailers looking to fill their ranks with capable workers. Although low unemployment has not yet had an appreciable effect on labor costs, retailers face the prospect of rising wages. “In 2020 retailers will be challenged to find enough workers and hire them at a reasonable rate,” says Hoyt.

The retail experience reflects a larger issue everywhere in American business. “Because of the tight labor situation our companies have not been able to add as many workers as they would like,” says Palisin. “As a result, it can be difficult for many of them to take on new business. We expect that to remain a problem in 2020.”

Retailers are also seeing more job shifting, in which people leave current positions for opportunities elsewhere. “Employers are now looking at whether they need to adjust their compensation policies to retain the talent they have developed,” says Palisin.

If you can’t get enough people, let robots do the work. That’s the mantra for the employer of the future. “Rather than invest in recruiting and training people for labor intensive jobs, our members have been investing in automation technology,” says Palisin. “We expect this trend to continue in 2020.”

Technology can help fill the gaps in employee staffing. The secret is to introduce innovative tools for interfacing with customers in productive ways. “Retailers need to get ahold of technology in 2020 more than ever before,” says Anne Obarski, director of Merchandise Concepts, a retail consulting firm in Dublin, OH (merchandiseconcepts.com). “They can start by identifying customer pain points, and then seeing how technology can help resolve them.” Innovative ways to streamline the shopping experience can relieve customer stress, says Obarski. And a presence on Instagram and YouTube can help customers shop more efficiently and quickly access needed product information.

The challenges of a tight labor market are expected to be with us awhile. “The workforce will be put under continuing pressure in the future,” says Palisin. “Over the next 15 years for the first time in the U.S. there will be more people of retirement age than under the age of 18. And a contraction in immigration is also putting pressure on the workforce. Employers will have to look for other ways to grow without hiring workers who might not be available.”

Despite the uncertainty that characterizes many areas of the economy, a healthy labor market and high consumer confidence have done a good job propping up a decelerating business environment. Will they continue to do so? And when will the inevitable recession arrive?

That last question is particularly important, as two-thirds of the nation’s chief financial officers expect the United States to tip into an economic downturn by the third quarter of 2020, according to a Duke University/CFO Global Business Outlook survey. In the early months of the new year economists suggest monitoring financial news for indicators of a recession, often defined as two consecutive quarters of negative economic growth. Increasing stock volatility is one such indicator, as is an inversion in the Treasury yield curve when short term rates are higher than long term ones.

But perhaps the most important indicator of pending trouble is a downturn in the employment picture. “The job market is key,” says Koropeckyj. “If businesses begin to lay off workers, that will be fodder for recession. Watch for changes in monthly employment growth and in weekly claims for unemployment insurance benefits.”

Rising unemployment, says Koropeckyj, will result in a decline in the very consumer spending that has been the driving gear of a healthy economic machine for retailers. “Once unemployment starts rising, we are either already in a recession or will be in one very soon.”