Recession could be on 12 to 18 month horizon 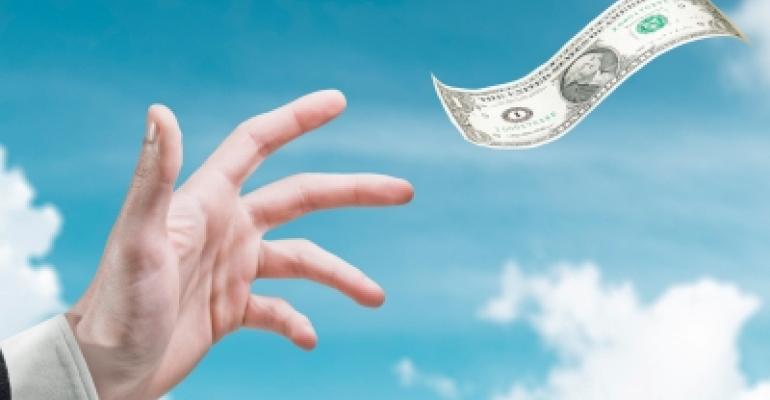 Global trade wars and strong protectionism are grinding on both the overall economy and the manufacturing sector.

The U.S. economy – which often serves as a beacon for the global economy – is currently in the midst of the longest expansionary period in the nation’s history. But the question that’s seemingly on everyone’s mind today is whether or not another recession is imminent. And while there’s no reason for Association of Equipment Manufacturers (AEM) director of market intelligence Benjamin Duyck to suggest one is on tap for this coming year, economic indicators lead him to believe a recession could take place as soon as 2021.

“While we have a strong labor market and consumer spending, the biggest impediment to the market right now is the fear that consumer confidence might deteriorate,” said Duyck when speaking at the association’s Thinking Forward event at the Milwaukee School of Engineering (MSOE) in Milwaukee, Wisc. “Right now, global trade wars and strong protectionism are grinding on both the overall economy and the manufacturing sector. They are really having a negative impact.”

The consensus right now is that – because of the inversion of yield curves, which is widely considered to be a decent indicator – a recession could be on the horizon 12 to 18 months into the future.

AEM shared that global economic growth has slowed considerably thus far this year. Gross domestic product growth currently sits at 2.3% but is expected to increase to 2.5 percent in the short term and 2.7 percent in the long run – the average growth rate for the last few decades.

Zeroing in on the U.S. economy – employment is strong, and consumers are spending right now. However, industrial production was down earlier this year (before rebounding as of late).

“It’s a little bit of a canary-in-the-coal-mine scenario,” said Duyck. “And while things have picked up a bit over the last several months, the decline in industrial production – along with a weakening of the ISM PMI – has raised questions regarding how well the U.S. economy is actually doing.”

Since the U.S. has experienced economic expansion for so long, Duyck said some manufacturers are looking at points or reversal and are acting more conservatively in this market as a result. However, he noted, real income wages have increased for U.S. workers over the last several months.

The ag industry saw significant growth for several years leading up to 2013 or 2014, primarily driven by an uptick in farmland values and commodity prices. However, as commodity prices increased, so did global production. And when that occurs, said Duyck, prices have nowhere to go but down.

“The commodity prices increased because of natural events,” explained Duyck. “And since prices were higher, other countries began to produce more because it’s so profitable. All of a sudden, the natural event is no longer a factor and production levels in the U.S. are still high. There’s overproduction and commodity prices fell.”

“At this point, it just comes down to production outrunning demand,” said Duyck. “And it’s important to remember that, in economics – without too much interference from the government – that will automatically correct itself.”

According to Duyck, the biggest driver behind the ag market is farm income. Net cash farm income is expected to increase about 7.3 percent in 2019. Adjusted for inflation, he said, it’s about an increase of 5.4 percent when compared to the last two decades.

"We need to start thinking about what happened with the major jump from 2011 through 2013 as a bubble," said Duyck. "There's every reason to believe that our current scenario will continue.”

AEM noted 2019 has been a solid year for the economy overall, as well as the ag and construction sectors. A number of factors – global trade wars and protectionism being chief among them – are leading to increased concern that a recession is right around the corner. And while that likely isn’t the case, it’s not unreasonable to suggest one may arrive by 2021.