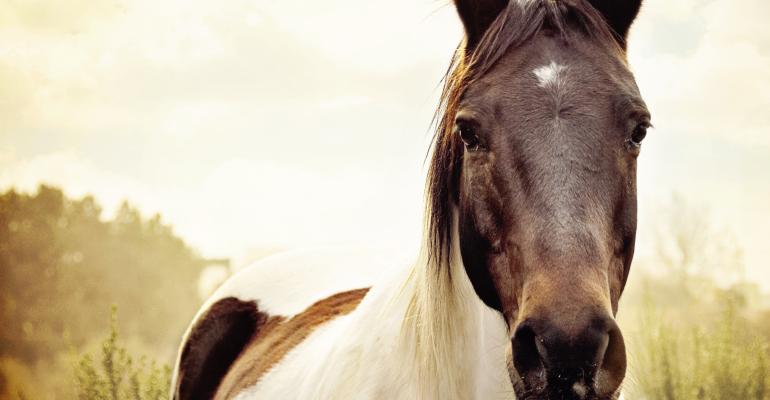 Findings could pave way for new diagnostic tests for common cause of pregnancy loss in mares.

Research from the Royal Veterinary College (RVC) in the U.K. has demonstrated that a chromosomal defect is the reason why a significant proportion of horse pregnancies fail within the first two months of development, according to an announcement from RVC.

The findings could pave the way for new diagnostic tests for what could be one of the most common causes of pregnancy loss in mares, RVC said.

Pregnancy loss is a notoriously difficult condition for veterinary surgeons to manage, as the underlying cause is often unknown. In this pioneering study, RVC researchers determined aneuploid pregnancies — which is when a copy of a whole chromosome is either duplicated or lost (similar to Down’s Syndrome screened for in human pregnancy) — to be a key cause of equine pregnancy loss.

The researchers, led by Dr. Mandi de Mestre, reader in reproductive immunology and head of the equine pregnancy laboratory at RVC, collaborated with seven different veterinary practices to gain access to samples from across the U.K. and Ireland and found that around 20% of the pregnancies lost were aneuploid.

Charlotte Shilton, a doctoral student at RVC who performed the analysis, applied three different genetic approaches to confirm the results.

Further study is now underway to identify the underlying cause of these aneuploid pregnancies, with early data from this study suggesting that it is most commonly introduced via the egg or sperm. Until now, chromosomal defects such as aneuploidy have only been reported as a rare condition in young horses with developmental disorders, RVC said.

RVC noted that this study explains why the condition is so rare in horses — with most embryos and fetuses possessing this genetic change dying very early in development — as is also observed in human pregnancy. The study highlights the need to reconsider this genetic condition both in pregnancy loss but also for early developmental disorders, RVC said.

“Early pregnancy loss remains a very frustrating condition for clinicians to treat as the underlying cause is unknown in around 80% of cases. These findings will allow researchers to develop new diagnostic tests for pregnancy losses, which would offer hope to thousands of owners of breeding mares that suffer this condition," de Mestre said.

“A diagnostic test would allow them to make informed decisions on treatment strategies and to advise on whether they should invest in further attempts to breed their mare benefiting both horses and their breeders alike in the future. I would like to thank both the Thoroughbred Breeders Assn. and our collaborators at Texas A&M University and the participating veterinary surgeons for their support on this project," she added.

James Crabtree, independent veterinary consultant in equine reproduction and stud medicine at Equine Reproductive Services, said, “This has been an important study to be involved in as the cause of pregnancy failure in any given mare is often without diagnosis and we have to make assumptions in order to best treat and manage our patients after pregnancy failure.”

The full paper is available at Nature (Scientific Reports).