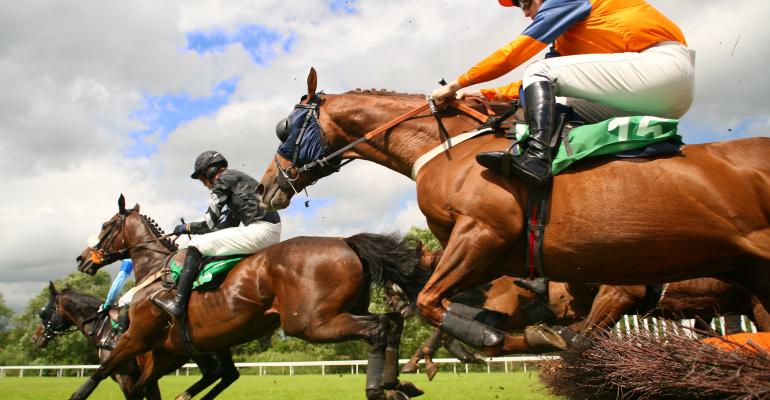 Novel study to explore possible effects from combined use of concurrent treatments in equine athletes.

Researchers at the University of Pennsylvania’s School of Veterinary Medicine (Penn Vet) announced the launch of a novel study exploring possible effects resulting from the combined use of furosemide, commonly known as Lasix, and bisphosphonates in equine athletes.

Led by Dr. Mary Robinson, assistant professor of veterinary pharmacology and director of the Equine Pharmacology Laboratory at Penn Vet’s New Bolton Center, this study is poised to be the first comprehensive analysis of the two drugs that, when used concurrently could be capable of diminishing bone integrity and compromising cardiac function in racehorses. These effects have the potential to contribute to catastrophic injuries on the racetrack.

“The beauty of this study is that it will use a multi-disciplinary approach to assess the interaction between these two drugs that we know are administered to racehorses,” said Robinson. “By coupling our state-of-the art imaging technologies with the scope of expertise among the other investigators on this project, we will be able to produce solid, unbiased data that will address some of the unknowns surrounding the use of these medications.”

Nearly 85% of racehorses in the U.S. receive furosemide as a preventive therapy for a condition called exercise-induced pulmonary hemorrhage, Penn Vet said. Also used in human medicine to treat heart conditions, the drug is known to cause a short-term loss of calcium and increase the risk of fractures in human patients. However, because horses can quickly recover from a calcium deficit, furosemide alone is unlikely to be the root cause for catastrophic, racing-related breakdowns that, according to The Jockey Club Equine Injury Database, occur at a rate of approximately 1.6 in 1,000 starts.

A team comprised of 13 Penn Vet researchers will explore the largely unknown effects of a class of drugs called bisphosphonates, particularly when being used concurrently with furosemide.

Intended to preserve the integrity of bone, bisphosphonates are commonly used in elderly patients to treat osteoporosis. When administered to young, growing animals, however, the drug may have adverse effects by preventing bone from properly adapting to the forces applied during training — such as those experienced when a horse is at a gallop, Penn Vet said.

Because bisphosphonates can linger in the bone for at least one year after the administration of a single dose, there is a heightened chance for interaction with furosemide in horses who are undergoing training. Bisphosphonates have also been associated with increased risks of heart conditions in humans, including atrial fibrillation, ventricular arrhythmias and alterations in heart rate variability.

A collaborative study at its core, the Penn Vet team will cross-examine other facets related to the use of these substances in racehorses, including pioneering new understandings of advanced imaging systems such as New Bolton Center’s standing robotic computed tomography (CT) and, in collaboration with the University of California-Davis’s Dr. Mathieu Spriet, a new standing positron emission tomography (PET) system.

The system, which is identical to the one already in place at Santa Anita Park in California, will make Penn Vet’s New Bolton Center the second veterinary hospital in the world to implement the use of an equine PET scanner.

“This amazing imaging technology is going to be really instrumental in helping us assess the effects — or lack thereof — of these drugs on the bone,” Robinson said. “It is the most sensitive technique that we have, from an imaging perspective, to look in detail at a horse’s legs and see what’s going on metabolically.”

“The [PET scan] modality is going to be impactful on a measurable, molecular level. There’s no superimposition — or interference — of the structures we are imaging, so we can definitively note any changes in bone turnover in areas as precise as two square millimeters,” added Dr. Kate Wulster, assistant professor of clinical large animal diagnostic imaging at Penn Vet.

“The real beauty of using both the PET scan and our robotic CT system in tandem is that we can confidently identify any present morphologic or shape abnormalities within the bone that we know could predispose a horse to fracture. Together, they’re going to give us a remarkable amount of information about what is or isn’t going on in these horses,” Wulster said.

The research team will also be accumulating findings into an innovative, data-driven platform that will be invaluable to objectively assessing national trends in racehorse-related injuries, Penn Vet said.

Partnering with Penn Vet’s Extracellular Vesicle Core (EV Core), the first of its kind in the U.S., the research team will also explore the promising frontier of using EVs in blood or other samples to detect illicit use of bisphosphonates, which are presently undetectable in the blood of a horse after 30 days.

EVs are membrane-enclosed nanoparticles released from all cell types and play an integral role in intercellular communication, Penn Vet explained. Because they possess tissue-specific characteristics representative of the cells in which they came from, they hold the potential to provide non-invasive, rapid diagnostic solutions to test for the presence of illegitimate drug use.

“The field of EV research is a vastly promising and explosive area of study. By harnessing the unique communicative power of EVs, we hope to redefine how we can utilize blood samples in order to proactively safeguard the health and well-being of these tremendous athletes,” said Dr. Andrew Hoffman, the Gilbert S. Kahn dean of veterinary medicine and principal investigator of the EV Core Facility.

“Beyond detecting illegitimate substance use, these biomarkers also offer the means of identifying otherwise indiscernible, but significant, changes in the horse’s biological health that could serve as warning signs of an increased risk for catastrophic injury,” Hoffman added.

“Our hope is to eventually harness the information carried in these vesicles to develop a hand-held, stall-side diagnostic tool that could be used on race day to make sure horses are healthy enough to compete safely, as well as by trainers in the field to continuously evaluate any changes in their horse’s well-being, and when additional veterinary care may be needed,” Robinson said.

While efforts for this research project are underway, the study is estimated to take two years to complete.