Half of holiday shoppers have already started 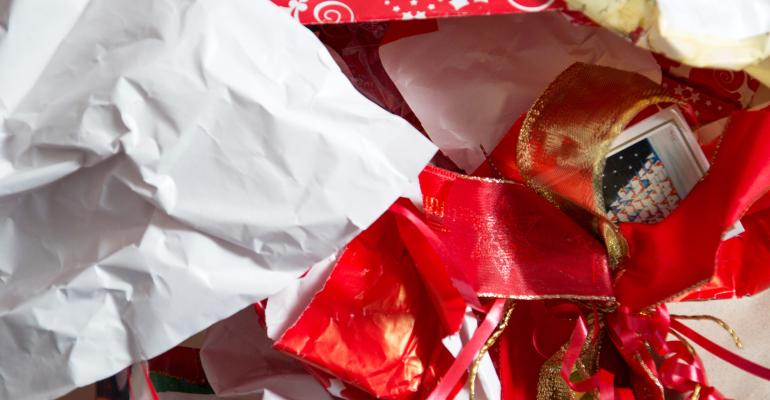 The survey found 56 percent of consumers asked during the first week of November had already begun their holiday shopping, about the same as the past few years.

More than half of consumers have already started their holiday shopping and nearly a quarter of purchases have already been made, according to the annual survey released today by the National Retail Federation and Prosper Insights & Analytics.

“This is further evidence that the holiday season has grown far beyond the period between Thanksgiving and Christmas,” NRF President and CEO Matthew Shay said. “Thanksgiving is still a hallmark of the season, and there’s billions of dollars in shopping still to come. But many consumers have already been shopping for weeks, and retailers are increasingly adapting to that.”

The survey found 56 percent of consumers asked during the first week of November had already begun their holiday shopping, about the same as the past few years. That was up from 48 percent who had already started at the same point a decade ago. On average, consumers had completed 24 percent of their shopping, the highest level in the history of the survey and up from 16 percent in 2009. Only 4 percent had finished shopping.

Those numbers are even higher than an earlier NRF survey that found 39 percent of holiday shoppers planned to start before November this year, saying they wanted to spread out their budgets and avoid both crowds and last-minute stress. Another 43 percent planned to start in November, and only 18 percent said they would wait until December.

“Consumers don’t wait for Thanksgiving or Black Friday anymore and neither do retailers,” Prosper Executive Vice President of Strategy Phil Rist said. “Retailers responded this year by offering promotions earlier than ever, with some rolling out holiday deals even before Halloween.”

NRF defines the holiday season as November 1 through December 31 and has forecast that sales will total between $727.9 and $730.7 billion. Consumers expect to spend an average $1,047.83 – including purchases made earlier – for an increase of 4 percent over last year, according to NRF’s annual survey released in October.

There are only 26 days between Thanksgiving and Christmas this year, down six days from last year and the shortest number possible, but NRF does not expect that to make a difference in spending given the number of people who begin shopping earlier.

Even with many consumers shopping earlier, NRF estimates that 165.3 million people will shop in stores and online from Thanksgiving Day through Cyber Monday, drawn by good deals, tradition and the social aspects of spending time with friends and family.

Similar to recent years, clothing and accessories are the top gift category this year, purchased by 58 percent of those surveyed, followed by gift cards (54 percent), toys (39 percent), books/music/movies/video games (37 percent) and food/candy (32 percent).

Consumers plan to purchase three or four gift cards on average at an average $47 per card for a total of $27.5 billion. The top reasons for giving a gift card are that it allows the recipient to choose their own gift (46 percent) and is easier and faster than choosing a traditional gift (29 percent). Restaurant cards are the most popular, chosen by 35 percent, followed by those for department stores (30 percent), coffee shops (23 percent), Visa/Mastercard/American Express/Discover (also 23 percent) and entertainment such as movies or music (18 percent).

Credit cards remain the top form of payment at 42 percent, followed by debit cards (37 percent) and cash (19 percent). Forty-four percent of holiday shoppers plan to use alternative payment systems, with 32 percent saying they will use PayPal, 10 percent Apple Pay, 7 percent Google Pay, and 5 percent each Samsung Pay and Venmo.

The survey of 7,917 adult consumers was conducted October 31 through November 6 and has a margin of error of plus or minus 1.2 percentage points.