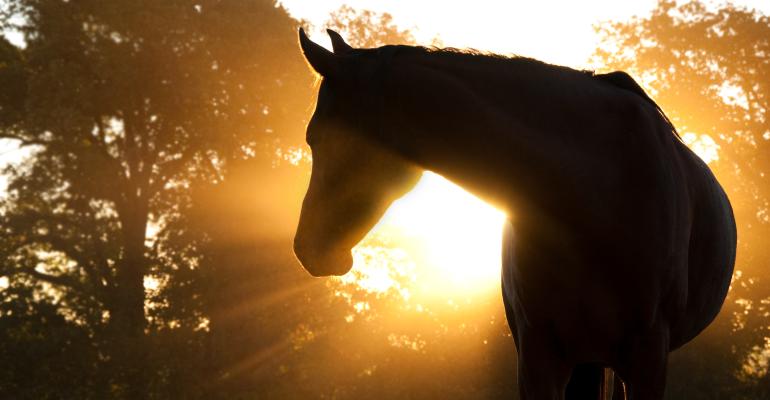 Strongyle (nematode) infection is an important issue in horse breeding because it impairs horse health and performance, with young horses being the most sensitive, according to researchers L. Forteau, B. Dumont, G. Sallé, G. Bigot and G. Fleurance, affiliated with INRA in France, in a article published in the journal Animal.

Forteau et al. reported that strongyle control has long relied on the systematic use of chemical treatments, but expanding anthelmintic resistance among strongyles calls for alternative options.

They said mixed grazing has been assumed to reduce the strongyle load on the pasture as the result of a dilution effect, which has been shown in small ruminants grazing with cattle, but the benefits of co-grazing horses and cattle had not been evaluated yet.

The researchers said their goals were to: (1) quantify breeders’ awareness of the putative benefits associated with the co-grazing of horses and cattle, (2) establish whether mixed farming was associated with different strongyle management strategies and (3) test whether strongyle egg excretion was reduced in horses grazed with beef cattle.

Every breeder relied on systematic calendar treatments, and only eight out of the 23 mixed breeders were aware that co-grazing of horses with cattle could be used as part of their strongyle control strategy, Forteau et al. reported.

According to the researchers, management practices were similar across both systems in Normandy, but in Massif Central, mixed breeders formed a distinct cluster from their specialized counterparts: Deworming was less frequent, and stocking density was higher in mixed farms, while specialized breeders seemed more willing to integrate herd and plot management into control their strategies.

Fecal egg counts measured in horses from Massif Central were significantly reduced when horses were grazed with cattle, Forteau et al. noted, adding that this was the result of increased reliance on macrocyclic lactones in mixed farms (P < 0.01) and a significant dilution effect (P < 0.01).

Furthermore, they reported that when considering a subsample of horses treated with macrocyclic lactones only, young horses grazed with cattle had 50% fewer strongyle eggs excreted in their feces than horses grazed in equine-only pastures (P < 0.01).

Forteau et al. concluded that this is the first evidence of the benefits of mixed grazing with cattle as an alternative to control strongyle infection in horses, although this promising alternative remains largely unknown by horse breeders.