Checking out the CEO before taking a job 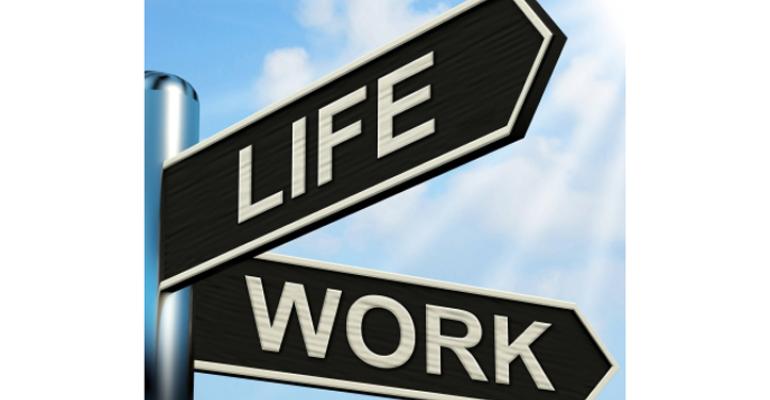 <p><u><strong>Pro: Company Culture and Work-Life Balance</strong></u></p><ul><li>"Good flexibility, which is important to me."</li><li>"Good work life balance."</li><li>"Great flexibility, great culture."</li><li>"Flexibility and newness of every day."</li><li>"Excellent corporate culture. Great work/life balance."</li></ul><p> </p><div style="background:#eeeeee;border:1px solid #cccccc;padding:5px 10px;"><a href="https://event.on24.com/eventRegistration/EventLobbyServlet?target=reg20.jsp&partnerref=QMED&eventid=1538229&sessionid=1&key=336A974F21807B37AC62CE00B5759EFF&regTag=&sourcepage=register">Whether you’re looking to move your career forward or get your foot in the door at a medical device or diagnostics company, we’ll have tips and tricks to help you get ahead in our upcoming webinar, “Jumpstart Your Career in Medtech,” on Tuesday, November 14, 2017. Register for free now.</a></div>
It's important to know the culture of a company or organization before deciding to be a part of it.

Arguably, the biggest mistake many job applicants make is focusing on possible advancement, benefits, working conditions, and pay. Obviously, each one plays a role in making a job decision. But taken together, they pale in comparison to scrutinizing the one person perched on the top rung of the ladder, the one called CEO, president, or owner.

No matter how near or far you may wind up from the corner office, the decision maker, the one who calls the shots, affects your destiny.

This could may like a questionable exercise when millions of workers are unemployed or underemployed. At a time like this, checking out the person at the top may seem absurd when all they need is a job.

However, it’s worth bearing in mind that the culture fostered by a leader can make a difference when it comes to your future, no matter where you are on the company hierarchy. If you understand the dynamics of the corner office, you’re better prepared to manage your future in the job.

To see where this is going, here are eight CEO Scenarios to help get a “reading” on those at the top. There are more but eight makes the point:

Looking to the past as the guide to the future may seem incomprehensible given where life and the economy are today. Yet, there are those who view their role from a rearview mirror, clinging to past successes when challenges were more manageable.

There are those who use all the right words, the ones you want to hear when you’re looking for a job. This makes it easy to be tripped up since the individual’s actions go in another direction, telling a totally different story.

You are left walking on egg shells, fearful, stressed, and worried you will say or do something that will set off the executive’s paranoia. Such conditions stifle creativity, restrain open and honest discussion, and inhibit a collegial environment.

Organizations, including businesses, are often attracted to a confident leader. But some exude too much confidence. In times of crisis, that doesn’t work. What can keep overconfidence under control, suggests Leon Eisenstaedt in a Financial Poise blog, is repeatedly asking the question, “What do you think?”

Then, there are those at the top who act as if having all the answers is the way to demonstrate their competence. When making appropriate decisions depends on data-support, they lean on “going with their gut,” which Annie Duke, a former professional poker player, says in a [email protected] conversation, “Your gut is not a decision tool. It’s not reliable, no matter how reliable you think it is.”

This executive’s indecisiveness drives everyone nuts. As plans are left up in the air, the pressure builds. It isn’t until circumstances force the issue that decisions are made, leaving everyone scrambling to get the job done. The pattern is permanent and people eventually leave.

There are two options when something goes wrong, be transparent or cover it up. The former works, while the latter doesn’t. Even so, some chief executives put a happy face on anything they perceive to be negative or troublesome. They do it for one reason; they don’t believe people can pull together and solve problems in crises. Rather than allaying fears, fake optimism only creates distrust, confusion, and low morale.

There are top executives whose picture of what it means to be in their position requires exaggerating their expertise, knowledge, and skills, while undervaluing those same assets in those around them. It should also be pointed out that they have difficulty retaining talented employees.

All this may come across as overly critical. If your goal is landing a job, it’s easy to justify or ignore a top person’s “limitations.” Even so, the eight “CEO Scenarios” come with a warning: “Be careful! May be harmful to your career.”

All of this begs the question, “What should you be looking for in a CEO?” If you’re diligent or lucky, you may find a number one whose attitudes and ideas will advance and grow your career. That is to say, someone who really “sees” you. While no profile of such a CEO is ever final or complete, here are some attributes to look for:

In a Harvard Business Review article, Walt Rakowich tells of meeting with his team at the company he had founded four years earlier. In the depths of the Great Recession, they faced bankruptcy, and everyone there looked to him for an answer. With head spinning, he left the room, sat down alone to get his bearings.

Going back to the meeting, he didn’t know what to say—except this: “I don’t know what to do” and “I need your help.” What happened next, he says, was amazing. His colleagues gave him a remarkable response. In effect, they let him know they were with him—“We’ll figure it out.” And, as you might guess, they did.

Walt may be the type of CEO worth looking for. If you find one who comes close, take the job.

John Graham of GrahamComm is a marketing and sales strategy consultant and business writer. He is the creator of “Magnet Marketing,” and publishes a free monthly eBulletin, “No Nonsense Marketing & Sales Ideas.” Contact him at [email protected], 617-774-9759 or johnrgraham.com.