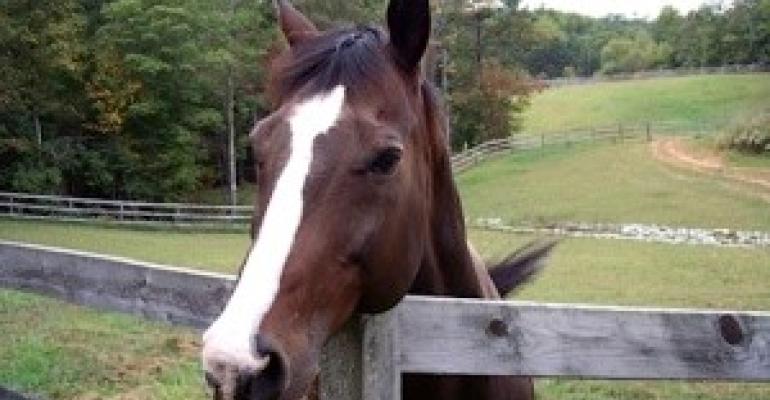 Horse owners in South Carolina have the chance to build on their success in 2018, providing that they don’t rest on their laurels, according to an announcement from Clemson University.

South Carolina had one of the lowest incidences of eastern equine encephalitis (EEE) in the southeastern U.S. in 2018 — just a single case in Chesterfield County — and had four cases of West Nile virus (WNV) in horses. North Carolina and Georgia each reported seven confirmed cases of EEE last year, while Florida reported 66, Clemson said.

“We’d like to see our numbers reduced to zero this year,” said Boyd Parr, South Carolina state veterinarian and director of the Clemson University Livestock Poultry Health, a state agency responsible for protecting the health of animals and consumers through disease control and meat and poultry product inspection.

EEE and WNV are viral diseases that attack horses and other equine hosts through the nervous system. Carried by mosquitoes, EEE is almost always fatal in unvaccinated horses.

“These diseases have a very high mortality rate in infected, unvaccinated horses: between 30% and 40% for WNV and 90% for EEE,” said Sean Eastman, veterinarian and director of field services for the Livestock Poultry Health Animal Health Programs. “With the emergence of mosquitoes and the confirmation of EEE already this year in nearby states, continued vaccination for horses is essential.”

The recent success in South Carolina proves that point, Clemson said. South Carolina led the nation in cases of the disease in 2013, with 49 EEE-infected horses, all unvaccinated. Of those, 48 died. Over the next four years, the number of confirmed cases of EEE has shown a downward trend, with nine in 2017 and only one in 2018. However, WNV has reappeared, with 10 confirmed cases in 2017 and four in 2018.

“Since the 2013 case number peak, our office has stepped up efforts, in cooperation with equine practitioners in South Carolina, to increase awareness among horse owners of the risks associated with not vaccinating. As a result, we think vaccination rates are up, and that likely is a significant factor in the reduced the number of cases in 2018,” Parr said.

Disease threats remain, though. Georgia and Florida each have reported an EEE case already this year, and other deadly diseases, including WNV and rabies, are a danger to equine livestock without vaccination, Clemson said.

“Horse owners should check with their veterinarian to be sure their horses’ vaccinations are up to date,” Parr said. “This is the time of year that these diseases begin to appear. The best defense is to maintain current equine vaccinations for Eastern Equine Encephalitis, West Nile Virus and also rabies for your horses.”

Likewise, mosquito control is an important precaution. Both EEE and WNV are maintained in nature through a cycle involving the freshwater swamp mosquito, Culiseta melanura, commonly known as the black-tailed mosquito. Due to the warm, wet winter South Carolina experienced this past year, mosquitoes have been active all winter, and the forecast is for more than a normal number of mosquitoes to be active this summer.

Two to three days after becoming infected with the virus, a mosquito becomes capable of transmitting the virus. Infected mosquitoes can transmit the disease when they bite. Symptoms usually develop in horses two to five days after exposure.

In South Carolina, any livestock, including horses, that display neurologic signs, such as stumbling, circling, head pressing, depression or apprehension, must be reported to the state veterinarian within 48 hours, according to state law.

More information on South Carolina's reporting requirements can be found on the Livestock Poultry Health website at www.clemson.edu/lph.

Source: Clemson University, which is solely responsible for the information provided and is wholly owned by the source. Informa Business Media and all its subsidiaries are not responsible for any of the content contained in this information asset.
0 comments
Hide comments
Related