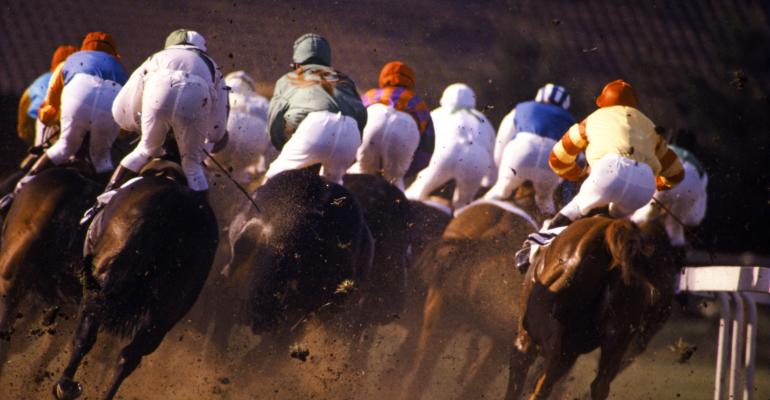 Despite their athleticism, roughly 50% of healthy racing equine Thoroughbreds experience cardiac arrhythmias — irregular heartbeats — when exercising, according to the University of Minnesota College of Veterinary Medicine. Also, 19% of horse deaths on the racetrack are considered sudden, but only 53% of those sudden death cases receive a diagnosis. Racehorses are specifically bred to have larger, structurally sound hearts, yet nearly half of them still experience arrhythmias.

Since atrial fibrillation — a type of arrhythmia — is untraceable in deceased horses, researchers at the University of Minnesota College of Veterinary Medicine hypothesize that atrial fibrillation is the underlying cause of death for many of these horses with no visible cause of death. On March 2, the team is traveling to the Santa Anita racetrack in Los Angeles, Cal., to present their research on sudden cardiac-related deaths in racehorses.

“There are genetic mutations in horses that, when they occur in the same place in humans, cause irregular heartbeats,” said Molly McCue, associate dean of research in the college and principal investigator on a forthcoming paper on the subject. McCue is collaborating with doctoral candidate Sian Durward-Akhurst to potentially solve the sudden cardiac-related death issue for horses on the racetrack by investigating similarities and differences between how human athletes and racehorses experience cardiac arrhythmia.

“Our early research suggests that arrhythmias are tolerated better in horses,” McCue said. “Understanding why that is the case is important for horses. It is also important because if we can understand why horses tolerate it, it could point to therapies for humans.”

Athletic horses die of cardiac dysfunction less regularly than human athletes, but horses develop cardiac arrhythmias more frequently than human athletes do, the researcher said. Horses typically survive arrhythmias of greater magnitude than humans can survive. The team doesn’t know how many forms of atrial fibrillation there are in horses, but there are multiple in humans. Some are caused by abnormal heart structure, but there are also some that develop without any pre-existing structural abnormalities.

Since arrhythmias are more prevalent among human athletes with larger (but healthy) hearts versus smaller hearts — and because racehorses are specifically bred to have larger hearts — the researchers said they suspect that horses with larger healthy hearts are also more likely to experience atrial fibrillation than their counterparts with smaller hearts. The scientists are on the hunt for ways to effectively measure heart size in athletic horses and will use ultrasound to eliminate horses with any cardiac abnormalities from the study.

Physicians can assess human athletes’ electrocardiogram to determine when they should retire. McCue and Durward-Akhurst are trying to develop similar testing in racehorses to help them retire before they develop a catastrophic arrhythmia. Understanding the mutations could help veterinarians anticipate problems, treatment and prognosis for a racing career’s longevity and risk of sudden death.

“We have also already found mutations that could be causing atrial fibrillation,” Durward-Akhurst said. “Our most recently funded projects will allow us to prove which of those potential culprits are causing it and other cardiac arrhythmias.”

The research by Durward-Akhurst and McCue has been funded by the University of Minnesota College of Veterinary Medicine, American Association of Equine Practitioners, American Quarterhorse Foundation, Morris Animal Foundation and U.S. Department of Agriculture's National Institute of Food & Agriculture.